One gem you’ll want to discover

It’s not that hard to do something totally unique, especially when you have Pennicott Wilderness Journeys to take you on an unforgettable three hour wilderness cruise along the spectacular coastline between Port Arthur and Eaglehawk Neck in southern Tasmania. 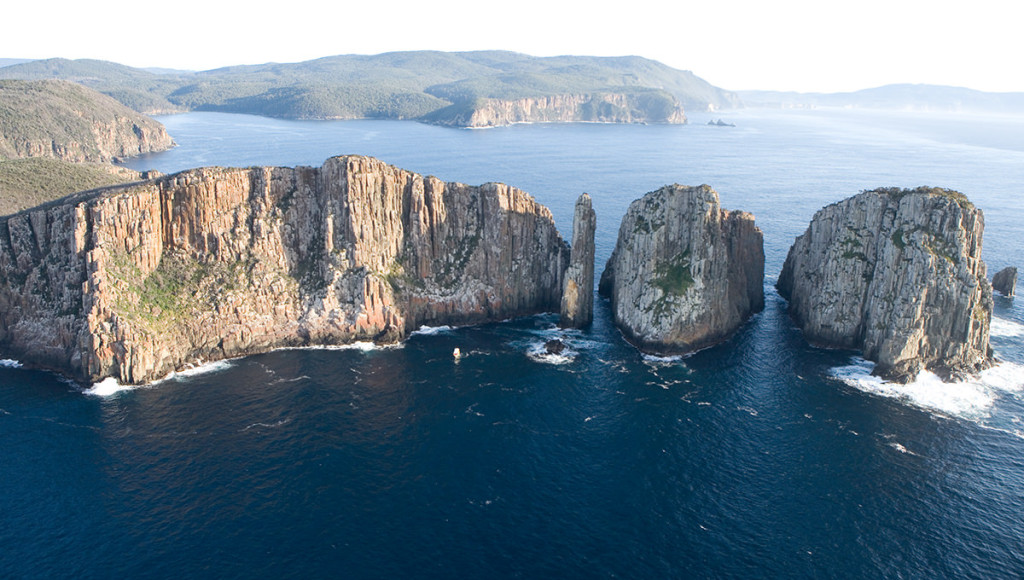 The purpose built 12.5m boat is equipped with toilet, overhead canopy and tiered, forward facing, open air seating. It’s well designed so you will feel intimately connected with the wildlife and environment. Hold on, sit tight, spectacular scenery is there to reward you. 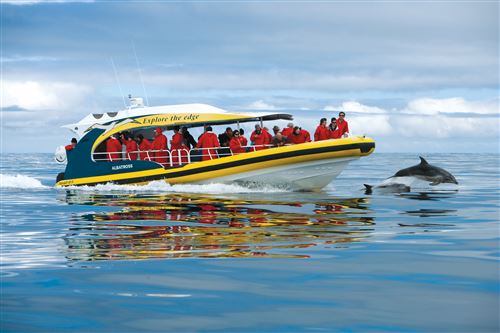 The remote and beautiful pristine wilderness demands your appreciation. Your captain and guide will expertly maneuver the boat up close and personal to the towering cliff faces and cave openings.

This journey is not short on adrenaline rush.  It’s swirly and curly and ever so thrilling! 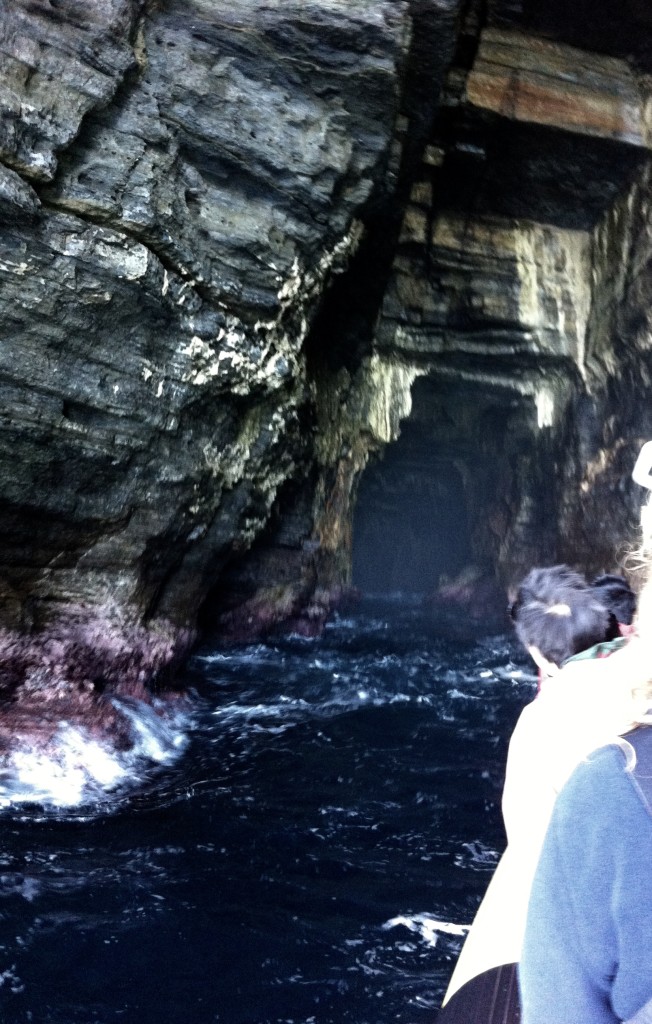 Terracotta-stain rock formations are unlike any other.  It’s as though someone has gone wild with red ochre paint. 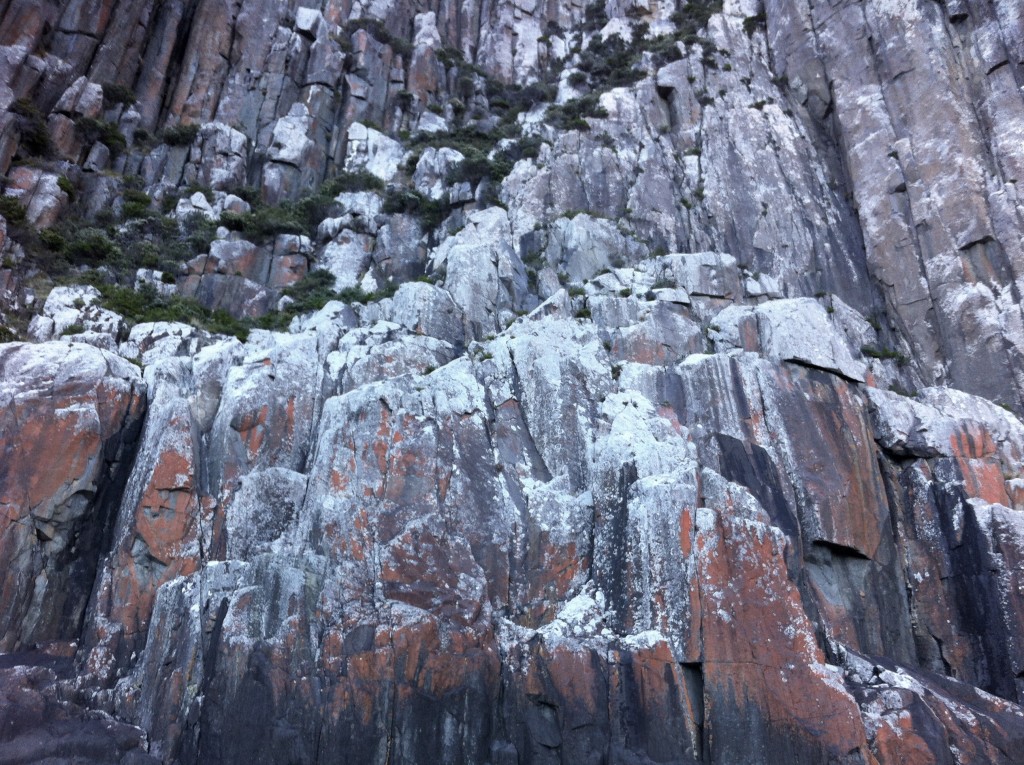 Giant kelp beds raise their heads and swirl in the wash of the Great Southern Ocean.  It’s as though they’re moving to a timeless rhythm. 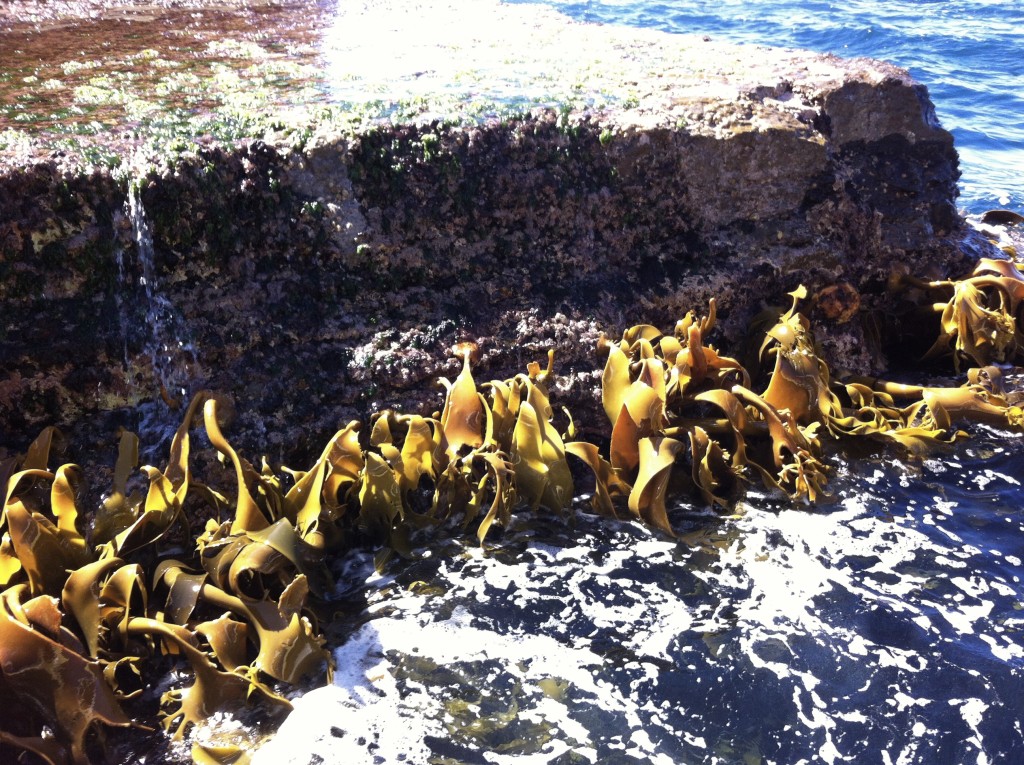 You feel dwarfed by the breathtaking cliff faces.  Cape Pillar, formed from Jurassic Dolerite, rises to a massive 300 metres. 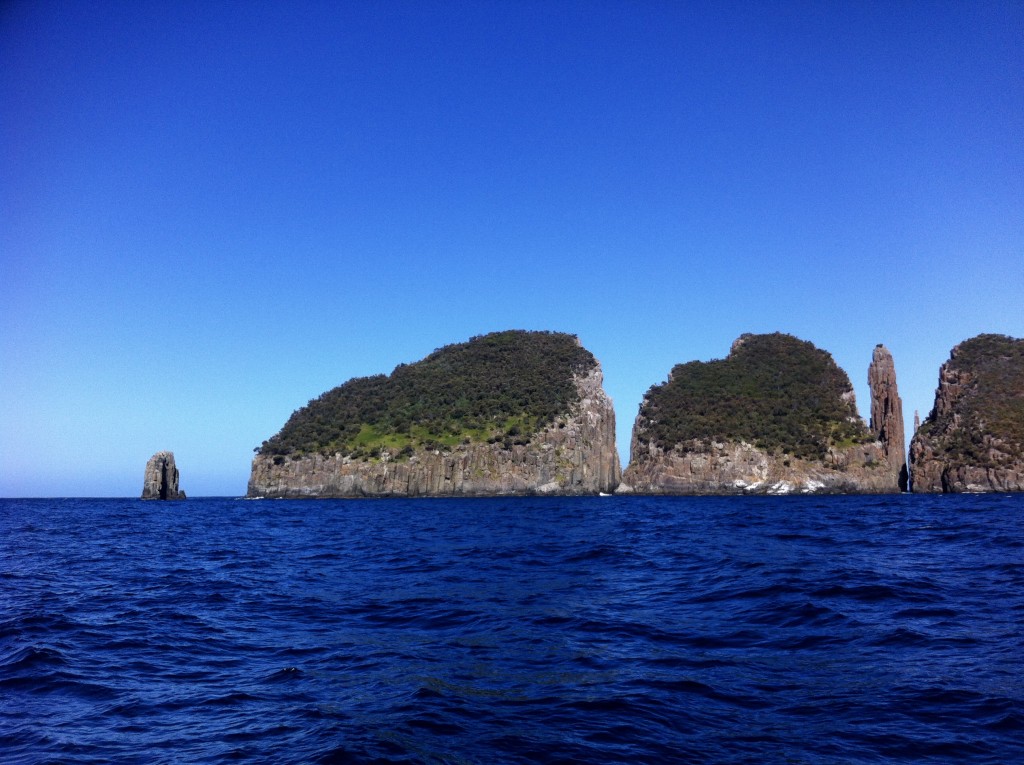 The spectacular Totem stretches up to 60 meters. 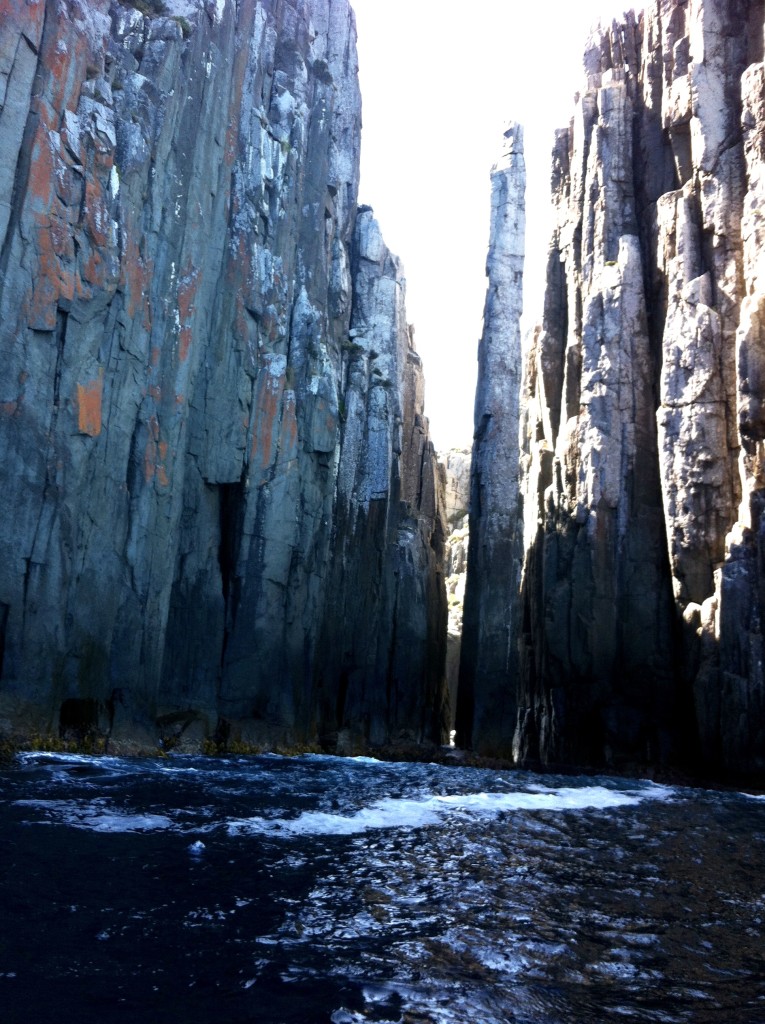 Spectacular Tasman Island is home to seals and birdlife in abundance. It’s lighthouse operates automatically.  In years past the residents were supplied by a flying fox, the haulage way still remains.

There’s an abundance of natural beauty and wildlife packed into this adventure.  Fur seals, dolphins, albatross, shearwaters, tuna, whales, sea eagles – the list goes on.  You won’t be able to count the times you sigh ‘OMG’. 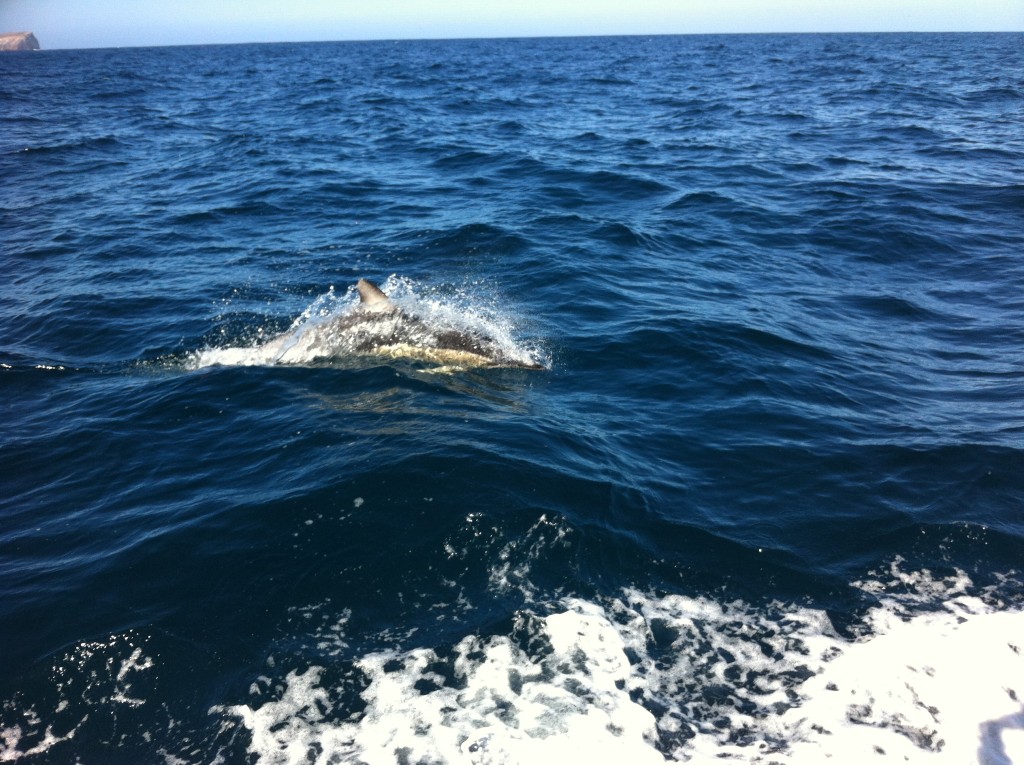 A dolphin playing catch up

This is a totally unique way to experience the wilderness of our remarkable land and the Great Southern Ocean.  It’s arresting.

If you want an armchair ride watch the Pennicott Wilderness Journeys‘ video .

But if you’re up for the real thing, you can discover all the details by visiting their website here.